Months (and years) after Garuga's defeat, the Shepherds along with exalt Sokara and dracoknight Marco are finally able to live in peace. Until a new foreign land led by a vile Queen submerges it's deeds to revive the fallen Titan Hydra back to life, only one Thief can save the outcomes to the unwritten destiny on Akardos. Spin-off for the KvD LA series!

Three friends made it through the end of the world. In their new dystopian reality, they don't just want to survive. They want to thrive. Unfortunately, in a world so harsh it's easier said than done.

"When the time comes that snow and thunder collide, a miscommunication shall mark a time of serenity and a change of leadership."

Amnesiac Dracoknight Marco travels with Sokara and the legendary Delyran Shepherds to re-route the cause of a great threat that is controlled by the opposite territory of Akardos. Tayla Grayling is the undisputed queen bee of Kirkotter High; beautiful, smart and a self confessed mean girl.

When the dark, brooding Callum is put back a year following a mysterious illness she resolves to make him her boyfriend, the jewel in the crown of the girl of who has everything.

No man is perfect, right?

Tayla can forgive Callum his lapses in concentration and his erratic and at times violent behaviour. However, when a girl is found dead only steps from her house Tayla has to ask herself the ultimate question; is her boyfriend capable of murder? It's a typical work day when Jessica walked into the South District Juvenile Corrections Facility.  An average day soon turned into a pivotal moment in American History.  Jessica and her coworkers are left to decide on how to govern the facility and how to survive in the outside world.  Those who remain in the facility are left to decide what to prioritize.  Do they fight to survive on the outside or do they stay to secure the residents?  Jessica is forced to make the ultimate decision.  If she stays, she may lose the one she loves.  If she leaves, she may face legal or moral retribution.  The test of morality is upon them when America faces its darkest days in history. It is the year 2113 and in this time in history humankind has become more aware of the wonders of the universe and who else inhabits it, but they are not aware of everything. April Inoue has been living the past century working for S.T.a.R as their most highly trained assassin and during this time has given up on believing that her younger sister, Siobhan, is alive after a horrific encounter with their father Chaos a century prior. Then on June 30th 2113, a man by the name of James Alyxstraza crosses lives with April turning it upside down and striking hope that her sister is indeed alive and that Chaos has become a threat to humankind. Their father has been masquerading for years as a human company owner of Khthonios – a pharmaceutical corporation – to begin his conquest in the modern era with the medication that was meant “For all eternity”. April must not only try to save humanity from Chaos’s horde of demons and an endless void of darkness, but she must try to do it without allowing her full power of being an Antheos consume her and further the extinction of life as everyone knows it…like father, like daughter. 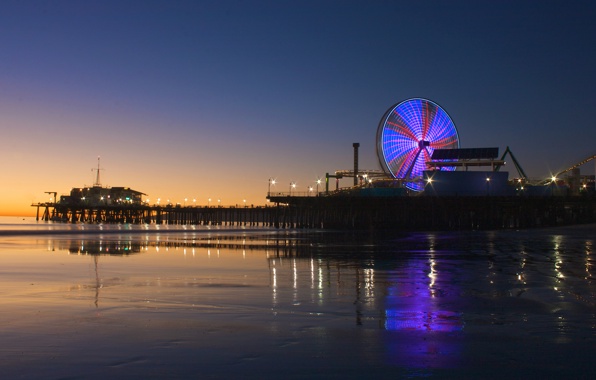 The year is 3113.  A girl finds herself in a training camp without any explanation or memory as to why or how she got there.  She is told she is training to become a solider, though she does not know the war in which she is to fight.  These are the events, and tragedies, of number 151581's life as she discovers who she is and why she exists.  Hana save us all.

When Jack Hower's father dissapeared during a camping trip, Jake was only seven. Now, eight years later, Jake and his mother decide to go back to the same campsite. All is well until a creature with horns shows up and chases the family away. Once home, Jake starts to question his father's dissapearance and gets a package from someone who is supposed to be dead containing his fathers old journal. The jourrnal is locked and can only be opened with a certain key. Jake sets out to learn the secrets of his father, but Jake soon discovers that there are those who would kill for something that he has. Not the journal but something inside of him.

When Katherine Simmons' village is invaded by pirates she is kidnapped by the infamous captain of the Sea Witch. She is taken from her friends, family, and the only home she has ever known to board a pirate ship. Katherine can't help but hate the captain but at the same time she feels something else for him. Can she learn to feel something more for the possessive man that stole her?

Lexie Nash is a sixteen year old demon hunter, determined by the death of her parents, she embarks on a journey to find their killer. Who just happens to be a demon. Little does she know that this journey will pull her into a past and a future she may not be ready to face. However when she runs into the ever so cute Emrick, the demon, her life does a 180 and she is pulled into his life. With the help of Emrick she will search for her parents killer, but will she avenge them?

The last thing Delilah Preston wanted to do was be a hero, but when she finds herself in a position to prevent an assassination, her conscience wouldn’t let her walk away. As a result, she gets caught up in an FBI investigation and the media spotlight. The problem? Delilah Preston is not who she claims to be. Seven years ago she fled from a cruel and sadistic husband, a powerful underworld figure who wants her back, dead or alive.

Enter Special Agent Dominic Santiago who discovers Delilah’s true identity and realizes that after many years of dead-ends, she’s his ticket to taking down notorious crime boss Cap Grimaldi. But Cap isn’t about to let anyone threaten his family's empire, and quickly devises a plan to not only discredit the Federal monkey on his back, but also recover his errant wife and the fortune she took from him when she fled.

Ever wondered if you belonged with a different race? Dancing Moonbeam is a white person who has embraced the Native Americans. Will she find love among them?

Ever wanted to get away from an arranged marriage? Dancing Sun does. She wants to find real love. Will she?

Ever said no to a guy who couldn't take a hint? Brittany is constantly offered an easy life, but she doesn't want that. She wants love. She wants adventure. Will she get it?

Have you ever had someone think they know who you should marry? Coleen does. She hates that. Can she find love though?

Have you ever wanted to escape your family? Kim did. She ran away. Does she find love also?

Do you ever wonder what it's like to be a half-breed? Spirit One doesn't have to wonder. She is a half-breed. Can she find love without giving her boss more reasons to hate Native Americans?

Have you ever wondered what being the goddess of the vampires would mean? Do you think you could handle it? Ask Vanessa. She seems to be a human waiting for her vampiric mate that she hasn't met yet. Why is she alone?

Who is her mate? So many questions ponder her mine. She thinks she only has the vampire who adopted her after her brother dies. Will she find love? Or will her mate reject her?

This is a short story about a vampire family. Being that this is a very short story there isn't much I can put in the summary without giving away the whole story.

A newly born vampire is acting like a normal human little sister pestering her big brother. The two siblings are about to get into altertation and are stopped mid-stream by their father.