Stories
Sewing Beauty and Her Knights of the Kitchen Island by Alley Cat Rated: NC-17 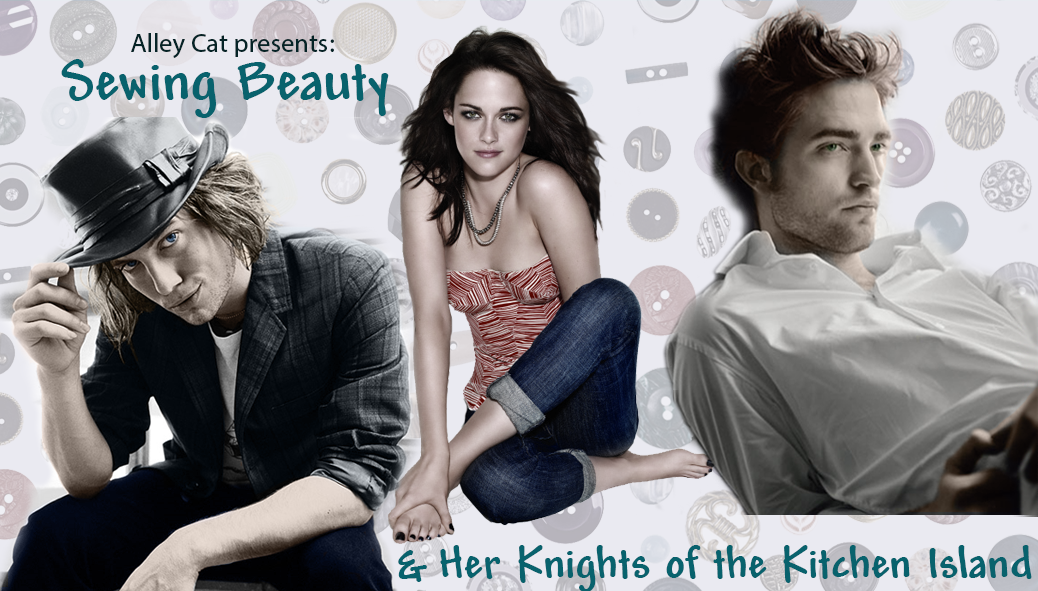 AH, AU, Very mature. Jasper and Bella had been living together for several years, enjoying a causal relationship with no strings attached. All that changes one evening, with one phone call from Bella's mythological ex—Edward Cullen. Edward asks for a rescue, but will he end up saving Bella and Jasper, instead? Includes poly & slash.

Being with them wasn't the problem, but losing me was. A life filled with sandy beaches and sunshine, I felt safe here. Nothing bad ever happens in SoCal, except maybe bad Mexican food. Or so I thought. This isn't your everyday love story. Based on the movie Savages. Vampire mates Jasper and Edward are out hunting when they find a young girl named Bella. She's not just any girl. She has a gift. And soon, her very existence will change the immortal world as they know it. When her life is threatened, they soon fight for her in a struggle that could destroy her for all eternity.

"A bond forged by fire is never broken." — author unknown

Banner by lovely and talented  Mehek18! 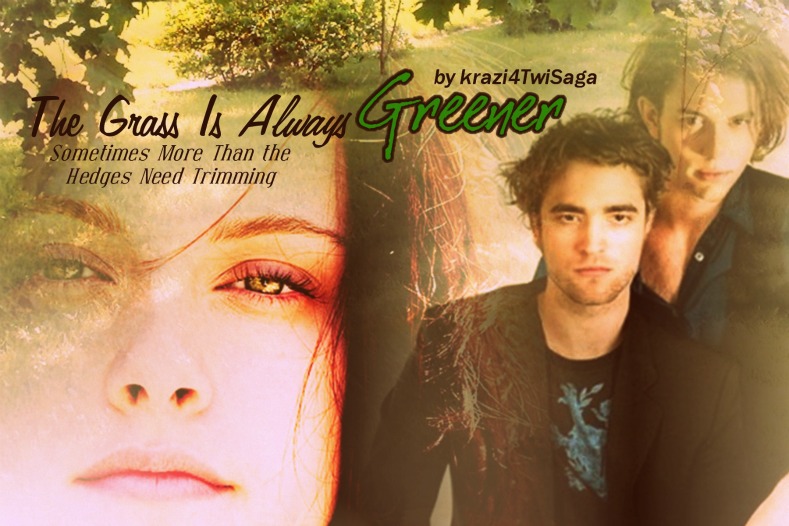 Summary: 33 yr old billionaire tycoon, Edward Cullen is engaged to his childhood sweetheart and Chicago´s cutthroat DA, Isabella Swan; it would appear they were the perfect power couple, but everyone has secrets, some a little darker than others.  Enter 17 yr old Jasper Whitlock, recently orphaned and emotionally troubled he leaves his home in Texas and moves in with his cousin Rosalie and her husband Emmett McCarty, he too has a few skeletons in his closet.  As a favor to his friends; Edward hires Jasper to be his yard boy for the summer. What happens when just after two weeks more than just the hedges are being trimmed at the Cullen/Swan Esate?  And just how does DA Swan fit into all of this? Poly/Slash/Kink, OOC, E/B, E/J, E/BJ

Bella is mate to two Cullen's. Who are they?

Bella's change happened when out partying with Angela and Jacob? They were celebrating late for her nineteenth birthday.

"Sticks and stones may break our bones... but Bella will surely kill us."

What happens when an overprotective father sends his innocent baby girl to a private self-defense course run by a gay man?  Oh if he only knew what he was paying for!  Edward and Jasper aren't the only ones who have something to teach, seems Bella does as well... the art of patience.

A baseball pitcher, a catcher, and a fact checker/aspiring writer.  If love is so hard for two people, can three possibly make it work?  Edward Cullen has two problems…First, he’s in a secret relationship with his catcher that’s very contentious at times.  Second, his high school girlfriend, his first everything, is back in town.  Will the three strike out or will it be the ultimate homerun?

This story is a poly/slash story.  If that’s not your cup of tea, then I’d urge you to find something else because it begins with a bang, literally.  Edward and Jasper play semi-pro baseball, so there will be some baseball-related action, but it’s not a full-on sports story.  There will be a bit of violence and talk of domestic violence, but I’ve tried to be sensitive and will post a warning in those chapters.  At its heart, it’s a love story.  It’s just not a conventional one.

E/J/B and the rest of the cast.  Alice gets someone, too.  Very OOC/Sex/Some violence (nothing sexual)/Rated NC-17 for sex/language/ adult situations.

Revised April 2012: Bella Swan is a wallflower. Quiet and shy but with a secret lurking within her soul. Will her new professor and his TA be the ones to discover her secret and what will she think when she discovers theirs? Lemons galore. POLY B/E/J

Edward and Jasper discover that Bella is pretty good looking, for a girl.

Ever since Bella was a little girl she has always been able to look at people and know exactly who the other half of their heart is. When her latest project doesn’t go exactly as planned will Bella finally find her own match.

This is a story of two guys and a girl, a Zombie Apocalypse and a moment in time that will change everything. Jasper/Edward/Bella Written for JIMP/MrsDuckyFuzzles who likesJasper any way she can get him for FanFicAnon FAGE2

This gorgeous banner is brought to you by the artistic styling of one MissKinkAtYourService.  I bow to her greatness as she always gives me the most amazing banners.  Check out her blog at

When the Cullens lose Alice and Rose in the battle with the Volturi, Bella must become the glue holding the family together. Alice makes the greatest sacrifice of her existence to ensure Jasper lives on.

Five years into her marriage, photojournalist Bella, is worried that she isn't enough for her bi-sexual husband. Can a meeting with a mysterious street artist allow them both to fulfill their undisclosed desires?

When Jasper and Edward find themselves out of luck in adopting a child, Jasper decides it is time to try a new route. What sacrifices will this couple make to become parents? Can Bella make their dream come true? Written for the FGB auction. JxE and eventually JxExB

Edward and Jasper, business partners and part time lovers, are in Arizona for a conference. When Jasper gets the bright idea to take Edward to a well known strip club, they meet their match in a dark haired beauty named Bella. This is 99.5% smut and 0.5% plot. You have been warned. Every year Jasper always gives Bella one amazing, over-the-top gift. This year it's Bella's turn to top Jasper. What could be better than a boxer clad Edward? E/J slashy goodness.

Originally for FF's "Slash Backslash Contest": He should always be happy. Because when he's happy, I smile. He makes me smile.

Threesomes E/B/J and A/Em/R. Lemons galore. No real plot. Threeshot... Did I mention the Lemony goodness? The Shocking series is finished! COMPLETE! Enjoy and please review if you have an opinion!