Summary: In the early 1950s, Bella moves to Chicago with her socialite mother in search for a better situation. Bella, who has reached the final stages of her teenage years, finds it hard to live in the shadow of her husband hunting mother who is feeling increasingly threatened as her beautiful daughter grows up. On their first night in the new city, Bella meets a mysterious and older man who starts a fire in her heart that she can't seem to ignore. As Bella lusts after Edward, so does her mother who sees dollar signs instead of a man. Will Bella flourish in the city at her young age, or will she drown into the sea of people the city holds? She left the world she'd grown tired of only to be thrust into its depths again.

Of all things she didn't dream of struggling to tolerate the most insufferable vampire in all of Louisiana.

In the hot, dry desert, can the Prince find true love or will an arranged marriage dry his heart into sand, or it will she be an oasis to his heart? E&B HEA 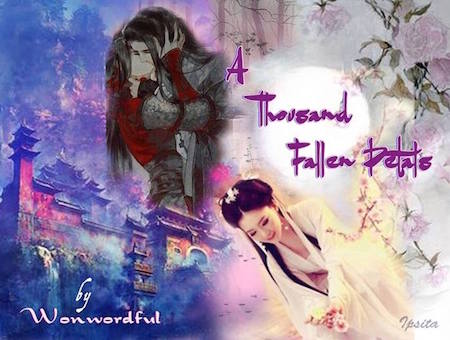 Special thanks to IpsitaC77 for surprising me with this beautiful banner

Banner by Paula Frozen Soldier from the contest

Eastern Han Dynasty, 166 A.D. She was a lovely concubine meant for the Chinese emperor. He was the son of a dead Roman emissary travelling along the Silk Road. An unlikely, dangerous romance blooms between the two different worlds. 1st Place Judges' Vote, 3rd Place Public Vote in Twilight Diversity Contest

Summary: When Edward Cullen meets Senna Duvalier, she is at the end of the line and her  only other choice is back to prison.

There is a new priest who has arrived to the town of Crossborough.

A handful of days before, Alec Platt, a respected and esteemed man was killed. The day Mr. Platt is being buried, Mrs. Anne Platt and her daughters Esmée and Siobhan, and everyone else, are told his killer is on the loose; that he is a known outlaw in the area that goes by the name "Braveheart" or "Heart" for short.

Not everything is as it seems though, there are secrets, lies and deceit hidden behind walls and behind powerful men who want to blame others for their sins.

Father Jonathan is young, rumor has it he recently finished seminar, and -not that it should be of importance- happens to be a handsome man, incredibly so. What is even more alarming for the conventional townsfolk, is that his behavior isn't one expected from a priest, it could easily be described as nontraditional as it's possible to be.

In spite of a difficult start, he feels tied to this town. His past, present and future are closely connected to it. And even when the secret he carries could cost him his life, he's decided to stay.

By a blessing or a curse -or perhaps both- destiny has lead him to find more than he bargained for, something he thought he would never have. He needs to be brave. Now more than ever.

Emrys is a madman with the ability to see beyond the mortal world. When he accidentally creates a beautiful lady from the elements of nature, he learns to take responsibility for his actions and gains to new respect for the world he lives in. A reinterpretation of the life of Merlin, heavily inspired by the poem "The Lady of Shalott." Rated M for a raw depiction of sexuality.

When Katherine Simmons' village is invaded by pirates she is kidnapped by the infamous captain of the Sea Witch. She is taken from her friends, family, and the only home she has ever known to board a pirate ship. Katherine can't help but hate the captain but at the same time she feels something else for him. Can she learn to feel something more for the possessive man that stole her? 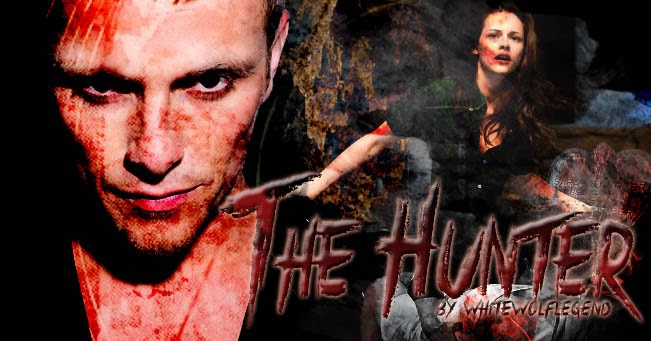 Run, run little girl… Run; run, before the tracker comes… Isabella knew should have never gotten into the supernatural world in the first place. Nor would she know she would find her fate in the hands of the Volturi's Tracker. 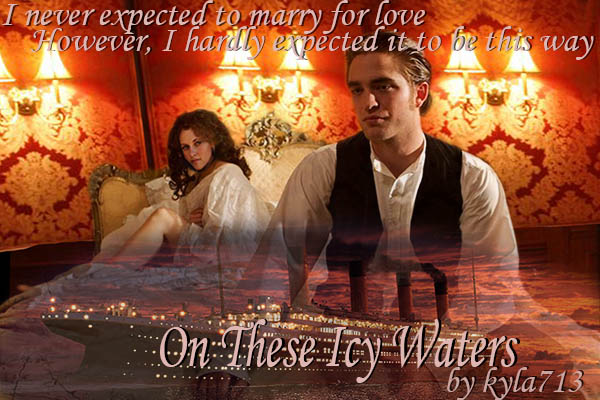 April, 1912. This journey home could change Bella's entire future. She no longer wished to be the decoration on her husband's arm. One fateful voyage could lead to the happiness she always wanted, or be the end of everything.

*Previously posted on fanfiction.net and twilighted.net

Mermaid Bella, Bella and her siblings spot a sinking ship out on the one night and against their wishes she saves the survivors but will this be a decision she'll live to regret. Rated M for the usual, summary would've been better but I can't decide if it's historical or modern.

The Tale Of Bellina & Edardo

Bellina, Aliinsa, & Rosetta are Amazon Warrior Princesses daughters of Queen Renzeez, who are captured by the Mayan Princes Edardo, Jaser, & Emmelot, the sons of King Carlinus & Queen Esmeralda. The reason behind the capture was as since the beginning of history all Mayan Princes captured their brides from the Amazon kingdom. This is there story...

Damon & Stefan are offered an olive branch with one request. Sometimes in life you can't win.

Eric finds and turns Sookie. Shortly after the Great Revelation. Interesting concept into what if she didn't have the choice to refuse immortality. 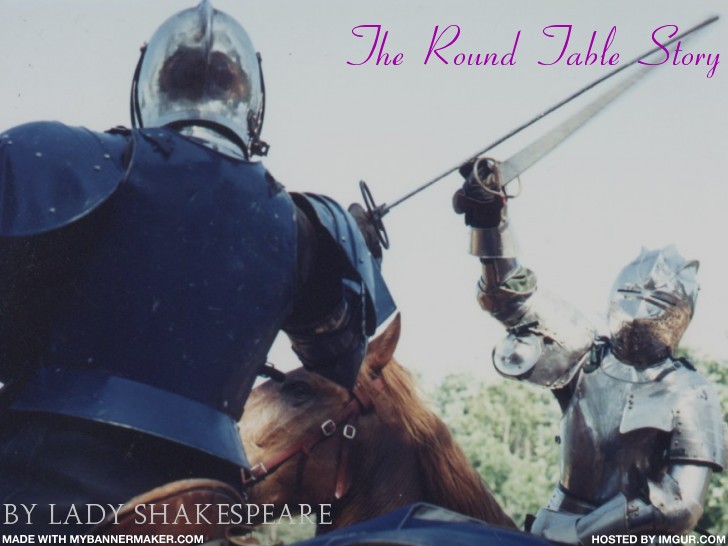 Being a Knight of the Round Table is a great honor.  But in this story, things are not always what they seem.  Join your favorite Twilight characters as they discover lies, truths, deception, betrayals and love all in the court of Camelot.  Canon and non-canon couples.  Humans and witches, wizards, dragons, immortals, etc.  Various POVs. 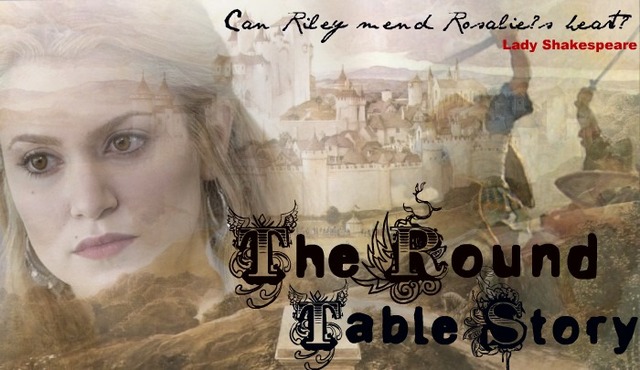 (Banner above by the amazing Mehek18 for thetwilightawards.com) 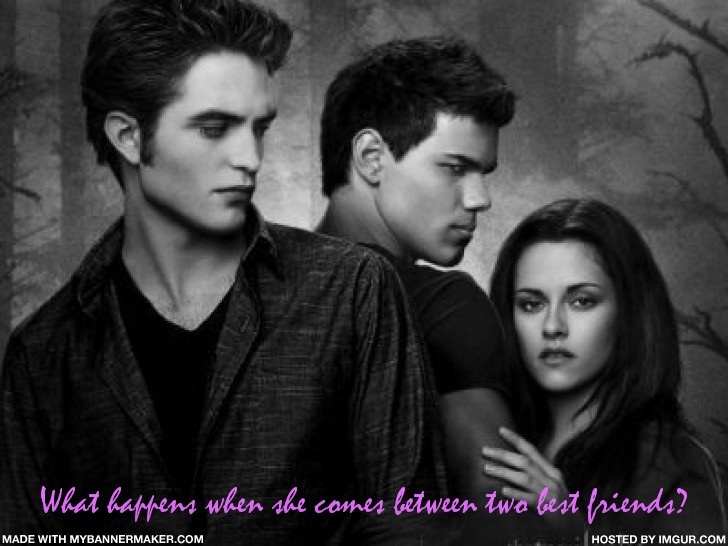 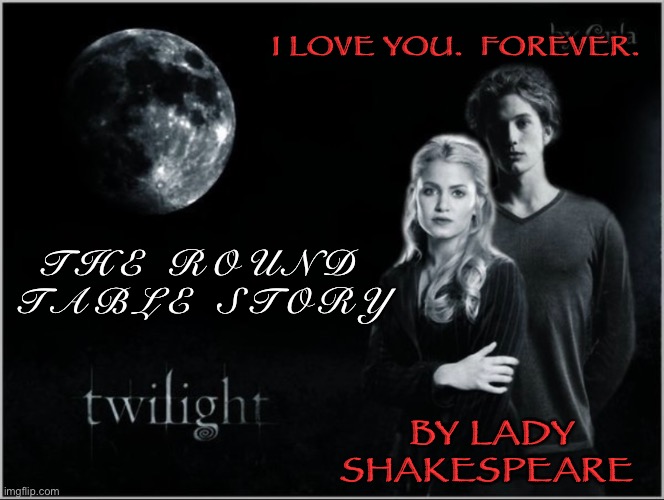