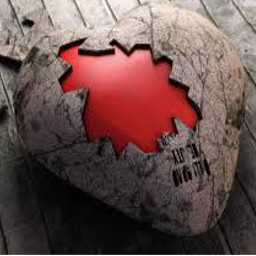 I'm a mother of two little boys who's totally obsessed with stories that touch my heart. I've always admired people who have a gift for putting their ideas into words that have the power to bewitch people and pull them into other worlds. I've loved books and especially series of books before, but I've never been as captivated as I am with The Twilight Saga.

Always needing to read more and to stay with the beloved characters, I was really disappointed that Stephenie Meyer didn't finish Midnight Sun. Surfing the internet, I got the tip to look for a good fanfic finishing the story. So I came here, finding a brilliant version of Midnight Sun and Edward's Eclipse. But the author hadn't done Breaking Dawn, yet. Frustration again. But the disappointment made me ponder the idea of writing it myself. I would never have thought that I'd enjoy venturing into Edward's mind that much. But what is writing good for if no one will ever reads it? So I decided to post my attempt at telling Edward's side of the story here. Unfortunately, althoug I still love the story, I've kind of lost my inspiration for it. I'd still love to finish it some day but I don't want to fool anyone into thinking there would be updates in the near future, because there won't be. But I haven't completely given up on the story.

A few months later, I started writing another story. It's called Puzzle of my Heart, a mostly BPOV, A/H, OOC, story filled with lemons. I just hit the complete button for this one a few weeks ago.

My newest story just started posting. It's called Two Blue Lines and is the story of Bella and Edward struggling through an accidental pregnancy and later parenthood together.

Unfortunately I'm not a natural-speaker of the English language. But, considering that I love it very much and even dream in English sometimes, I hope you will forgive me for a few mistakes I'll inevitably make.