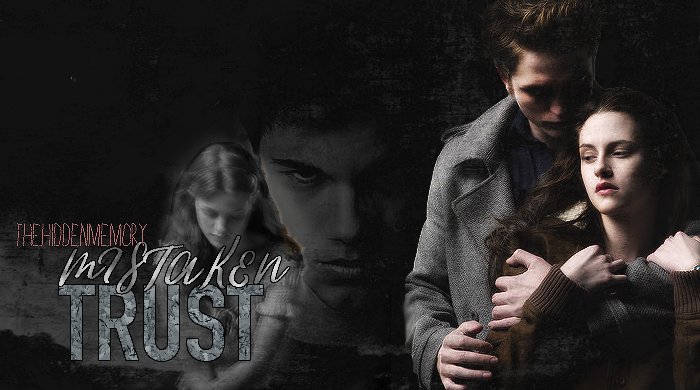 When faced with a betrayal that could tear them apart, Edward and Bella must put their faith in the healing power of love. WARNING: this story deals with rape and its aftermath. Post-Eclipse, AU. 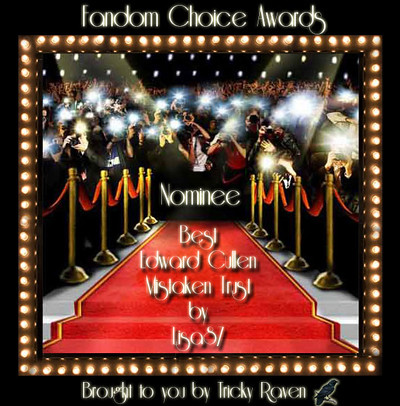 MT came in at #5 on the top ten stories completed in March 2020 as voted by visitors of www.twifanfictionrecs.com. Thank you!

I am very moved by your insight to Edward's psyche. I've never read such a clear depiction of his character before and I read all of Meyers Twilight series.  You brought tears to my eyes.  I truly enjoy your writing.  Thank you.

Thanks so much for your kind words!

What if Edward decided to come back to Bella, only to find she had left town with Jacob?  Would he have the persistance to find her? Would Bella and Edward get their happily ever after, in spite of the werewolves, Tanya and the Volturi?  canon 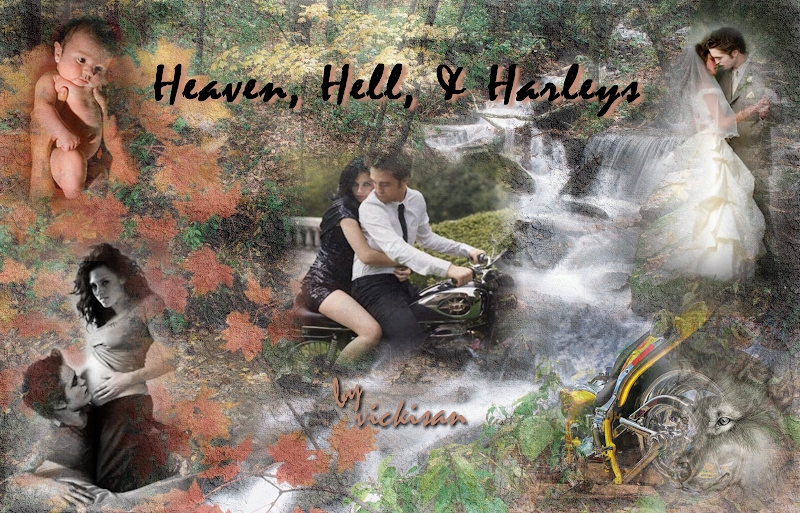 You are such a unique writer.  I read your stories over and over and appreciate your skill at weaving your stories and drawing your readers in again and again.  I love the dialogues you, create they make you feel as though you are there.   I truly hope you and yours are doing well.  Please know you are appreciated and you bring joy to your to your readers.

Wishing you all the best to you and your future endeavours.

Well here I am again. I don't know how many times I have read your two stories. Whenever I feel the need for really good storytelling I eagerly come back to you. I hope you don't ever pull these stories out for it would distress me terribly not to have you to come back to.

Your true and sincere fan, 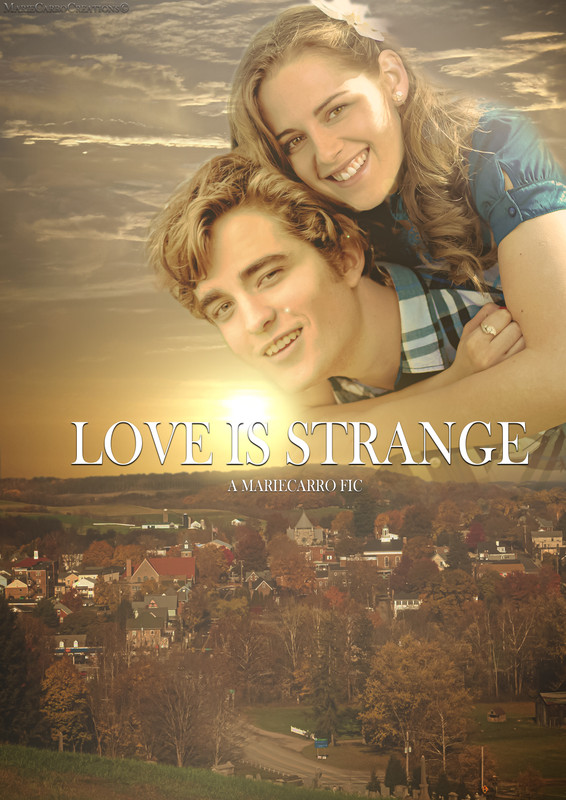 Bella Swan and Edward Cullen live in the small town of Ligonier in Pennsylvania. They've been best friends since they were six years old, and not much can keep them apart. Bella wants to leave small-town life behind, while Edward is fine with whatever, but that's not the only complication in their relationship. What happens when they fall in love ... with each other?

Whew, so glad she ended it with George and it wasn't dragged out.  But I have a feeling he will be showing up again in a not so pleasant way.

I have sent positive thoughts your grandfather 's way.

Wishing you all the best in your new school. I feel sure you will do well as you are talented and bring joy to your readers.

Whew, so glad she ended it with George and it wasn't dragged out.  But I have a feeling he will be showing up again in a not so pleasant way.

I have sent positive thoughts your grandfather 's way.

Wishing you all the best in your new school. I feel sure you will do well as you are talented and bring joy to your readers.

Until we taste the same by LillianBroderick Rated: NC-17 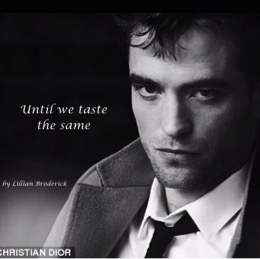 Summary: Blood has been spilled on both sides and the only way to ensure loyalty is also through blood.

Yeah!   I was hoping for another chapter this AM and you delivered in more ways than one.  It was quite suspenseful with Jake's treachery and I loved how you resolved it so quickly...but what really surprised me was Edward's return.  That was also tense as you left so many avenues for this situation to go down.  Needless to say, once again you WOWed me with the sensuality, love and caring.  I am looking forward to Jake getting his just desserts and what Edward has to show Bella.

You are a favorite author of mine and I have been following you for sometime.

Your appreciative and avid reader,

WOW!  It was so good I immediately reread  it twice.  It was more than I looked for, but then you are one of my favorite authors.  You always make me feel your characters' emotions intensely and although there is violence there are such sweet and loving moments.  This is one of my favorite stories which I have read more than twice.

I hope life treats you better ... you certainly make mine better with your wonder stories.

Wishing you all the best.

When a small town girl finds herself in a world of trouble, she turns to an old ‘friend.

WOW!  What a ride...you sure did deliver.  Looking forward to see how you conclude this. 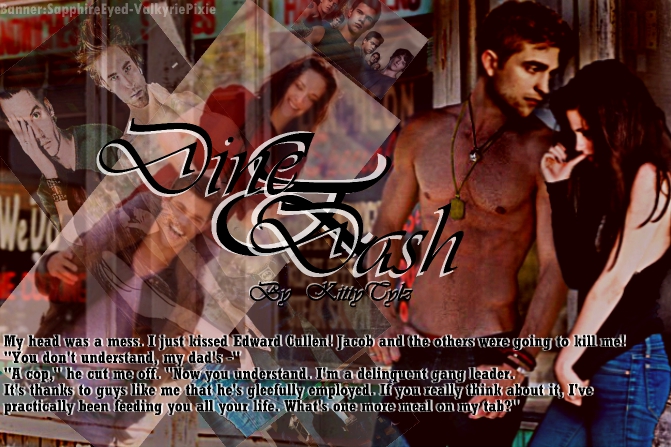 Rival gangs, rival hearts. Maybe he went too far but she was worth risking a gang war for. He wanted her, now he's got her... That dare was unexpected but it served its purpose, the purpose he needed it to.

Bella gets dared to dine and dash a restaurant but gets caught by the owner, Edward Cullen. He's a 19 year old deadly sexy gang leader and the enemy of the gang her best friend Jacob belongs to. Now he's found a way to spin her dare so that it works in his favor. She's stuck in his territory working at his restaurant to avoid a permanent record. What more could a Cullen ask for?

(Repost due to deletion)

Sorry to hear your stories were deleted...but I sure am glad you put them back.  I am hooked on this one and won't stop today until I read the last chapter you've posted.  I am intrigued, as I can't figure out where you've going with this.

You knocked the breath right out of me with this chapter.  I will be haunting this site for chapter 16.

You are an extraordinary writer.  You so fully develope your characters, I love their dialogues. Your storytelling is so suspenseful, emotional,loving, sensual...at times I don't even realize I am holding my breath.  I am an avid reader and find all of these characteristics in a story rare.

I am so thoroughly enjoying this journey you are taking me on.

Jackson Teller gets himself into a veritable shit-storm. Will he be able to truly change his fate? Or will Opie do it for him?

Don't Change For Me, Cause I'll Never Change For You by theadosia57 Rated: T

The Bella who arrives to live with Charlie is nothing like people expected. She's anything but shy, she's graceful, stylish and outgoing. Her looks could stop traffic. How will the Cullens react to being last week's news?

I am thoroughly enjoying your story.  It is so completely different than anything else I have read regarding these characters.  I must say I have always liked Garrett over Edward therefore it makes your story even more intriguing.

Eagerly awaiting your next chapters.

So glad you like it, yes I rarely do canon and even then it will have a twist.

Fool Me Once by theadosia57 Rated: M

Summary:  I awake to my Father knocking on my door. He's alive? What did he say? First day of school, how is that possible? Thank God that's possible, this time I won't be fooled!

Wow, what a breathless, powerful end.

Thank you for this different and interesting story.

Glad you enjoyed it, always looking to spin it another way xx

Wolf-Shifter and Earth Witch, Bella Swan, moves with her father to Forks, Washington to join the "Midnight Sun" Wolf Pack. After almost 21 years of living in hiding in the human world, Bella struggles to find her place amongst the Pack. There is so much she doesn't know or understand. Will she ever find her place when so many are against her? And why does she have such a strong connection to the pack's Beta, Edward? Will they both learn to follow their instincts, or will they simply be too stubborn?

Thank you Heartfortwilight Productions for this beautiful banner!

I am intrigued to see how this story progresses, it's a good beginning.

Wow!  My heart is pumping and can't wait for all to get their just desserts for their prenudices.  Whew really know how to build emotions. I am on tender hooks waiting for what's to come.

Thank you for leaving a review! Sorry I have to leave you on the edge of your seat, but final chapter is being posted on Friday.

My Death Will Be My Revenge by theadosia57 Rated: M

It all goes terribly wrong in Volterra. Alice and Edward lied to everyone and died for their sins. But worse Bella is mated to the heartless Demetri and he doesn't want her either.

WOW!  That was  not  what I was expecting nor the rest of the characters. I can't wait to see what happens after they turn her.  Demetri  is going to have his work cut out for him.

It'll be a learning curve for them all lol xx

I do? by kridafanfic Rated: M

Bella Swan has been head over heels in love with Edward Cullen ever since she moved to Forks during her junior year. Suffering from a difficult past,she’s struggled for years to let anyone come close. When they are both suddenly pushed together, and she's faced with a choice - will she throw caution to the wind and say "I do"?

Congratulations on your pregnancy!  I know IVF is difficult and you were brave to go through it several times.  What a blessed child to be wanted and loved so much. I pray you have a healthy and happy pregnancy. May the joy and love of family be yours.

As much as we your readers eagerly await each new chapter, we understand that this is a special time for you and should be cherished.  That being said, it was great to see Bella stand up to Alice and nudge her in the direction to get help.

Wishing you all the best.

Going Down in Flames by addict_writer Rated: NC-17

Bella dreams of a burning love, like the passion her nightly vigilante evokes in her. But all she has are dying embers with someone she loathes. She fights for her city's justice every night, but will she become part of the corrupt system if she ties the knot with the infamous Edward Cullen? And why does Edward suddenly feel familiar? Inspired by The Batman, but it's not a crossover

Really liked it...can't wait for the next chapter.