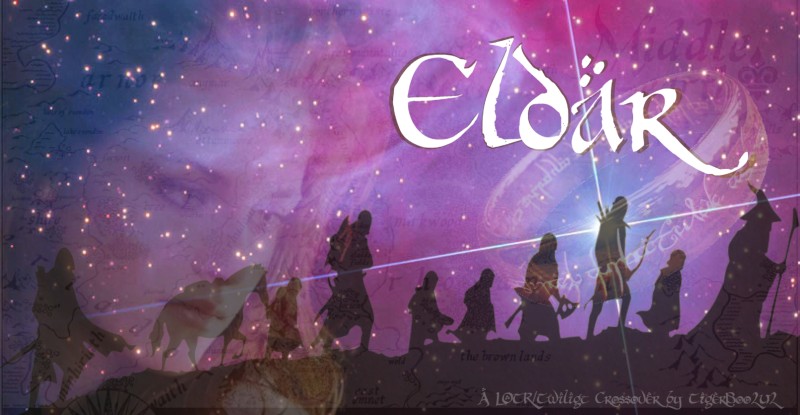 Left to fend for herself by the Cullen's, Bella decided that 60 years in Washington was long enough. Her return to the Greenwood of Middle-Earth leads to reuniting with her true family. A trip to Rivendell leads to a destiny long written in the stars, A wizard, 4 Hobbits, a Dwarf, an Elf, the son of the Steward of Gondor and a Ranger from the North, the man who would be king.

NC17 For Lemons, swearing and scenes of battle.

Non- Canon Pairings, because I can.