Stories updated in the last 45 days.

Stories
The Other Half by FireRed21 Rated: T [Reviews - 0] New!
Summary:

"What Is The Point Of Living If You Don't Share The Life You Have."

Sequel to A New Life. Set one year later. Lucas been depressed lately like he's missing something. What is it? Will a girl name Krystal help him find what he's looking for? 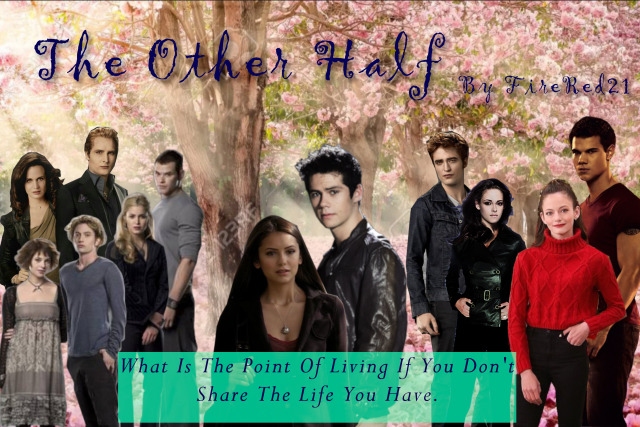 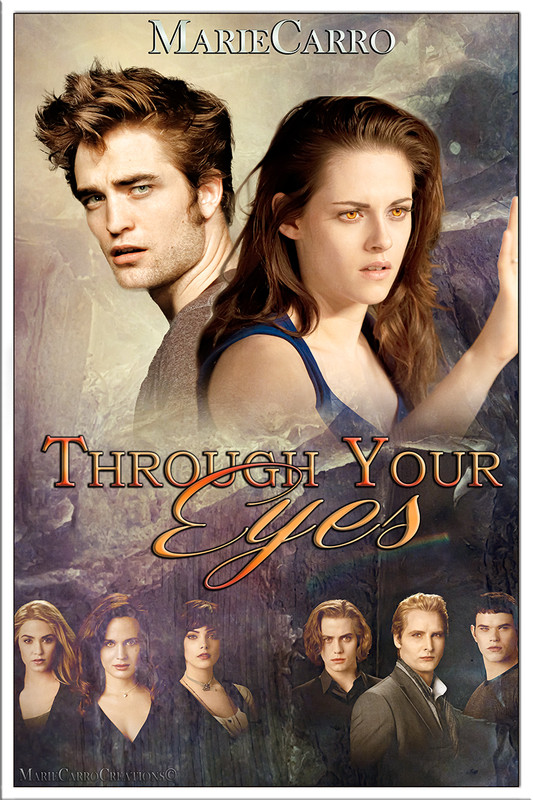 Freaky Friday with a Twilight Twist. New Moon AU.
As much as Bella and Edward love each other, they can't possibly understand what the other's life is like. On Bella's 18th birthday, instead of a paper cut, a switch is about to make Forks even weirder. DRABBLE

When Bella, an experienced Domme, agrees to meet a wounded Sub, she doesn't know how much he'll change her life. She thought that she'd found her prince, running half naked down Hummingbird Road in the middle of the night. She could have sworn that his kiss had broken her spell and that she was finally living her happily ever after. But it turned out that the curse hadn't been on her, after all. And once his curse had been broken, the only happiness her prince seemed interested in was his own. On the streets of New Orleans, teen runaway Sookie Stackhouse finally found what she'd been searching for - love, acceptance, and family. What could possibly go wrong? Pre-Rev, AU. It's kind of what I do.

"The Epic Finale That Will Live Forever Is Only The Start Of A New Beginning."

Set eight years after BD. The Cullens meet a young boy with a troubled life. Will he accept their invite of becoming part of their family? How will he react when they tell him they're vampires? Why can't Edward read his mind? Why can't Jasper feel his emotions? Why didn't Alice see him coming? 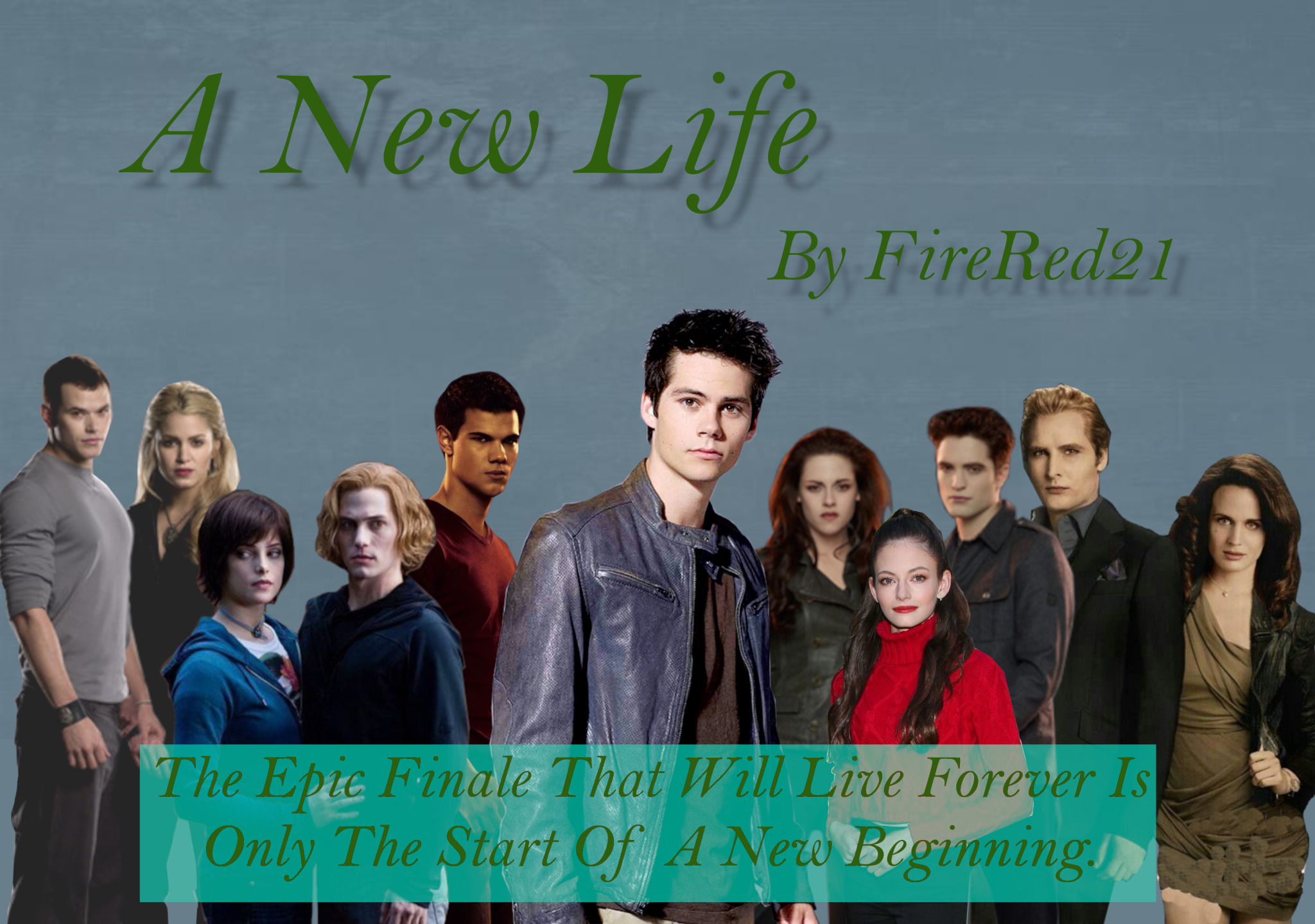 A serious field accident ended Edward Cullen’s career as a war correspondent six years ago, and left him with more scars than are visible to the naked eye.
After a personal and professional betrayal uprooted her life in Europe, Isabella Swan has navigated a sexist and elitist industry by smashing stereotypes and glass ceilings everywhere, one concert and one social media post at a time.
They have nothing in common, until their worlds collide one fateful day for an interview that can’t be rescheduled.
What kind of havoc will Isabella’s appearance wreak on Edward’s monotonous, solitary life?
OlderWard. PianistElla. Set in Boston.
Beta'd by Alice's White Rabbit and Midnight Cougar.
AGoodWitch, IAmBeagle, Driving Edward, RobsmyyummyCabanaboy and Emma pre-read.

Corbett Stackhouse had asked Sookie to read his coworker's mind about a potential business deal, and she'd saved his life savings. He'd promised himself that he would never do it again, but some deals were just too good to pass up.

Bella races to save Edward from a terrible decision then realizes she had grown up and wants something beyond what he can offer, she need something more than just forever. Aro/Bella

Newly arrived in the lair of the Volturi after saving Edward from their wrath. Isabella Swan faces quite a challenge, gifted with rare musical talent she must sing opposite Caius Volturi in one single performance of Phantom of the Opera, with her freedom as the prize simple enough, she just never counted on falling in love. Caius/Bella challenge fic

Who do you turn to when you find your whole life was a lie? Who can heal your soul and mend your heart? Can one small human be Eleazar's salvation? B/EL 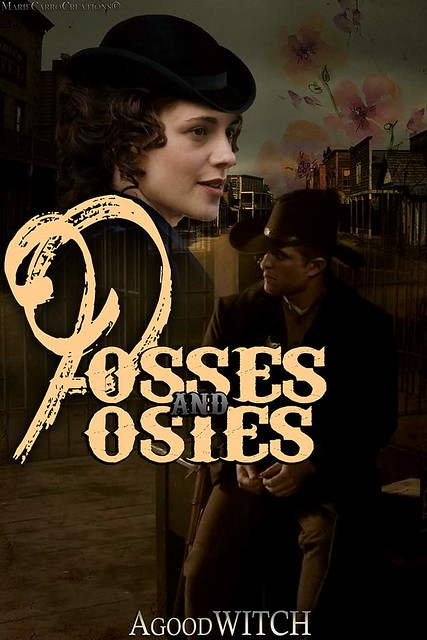 Local lawman Edward Cullen knows there's more to his job than glad-handing and being quick on the draw, he just hasn't seen it yet. Bella Black arrives in Rosewood, Colorado ready to move on from her past with the freedom being a woman of means affords. Can the good marshal be the fresh start she needs, or will the Wild West be too much for both of them to handle? 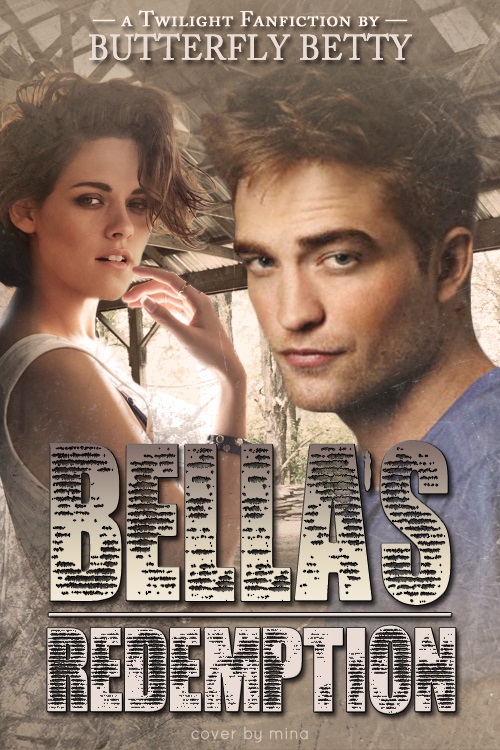 Dancing with the Devil cost Bella a piece of her soul. Will she earn her redemption? Or be lost forever. Sequel to Carlisle's Gift. 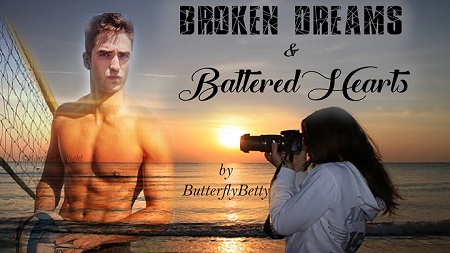 Photographer Bella Swan loves everything about living in Hawaii. The beach, the surf, the warmth. Everything but the two weeks when Professional Beach Volleyball takes over. Now, she's been cast with the joy of capturing every moment with her camera. Only, a tall, auburn haired player isn't making it easy for her to stay professional. Cannon Couples. UA and MA 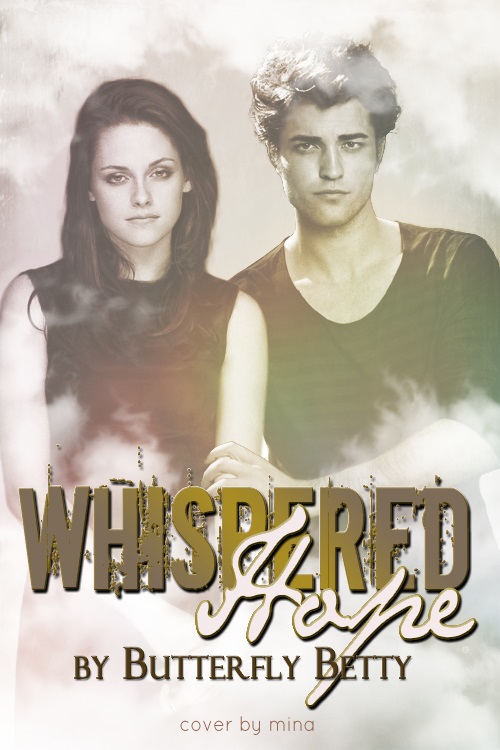 Sequel to Silent Wishes. Bella and Edward overcame the odds and found their happy ending, but will it last? All they have now are whispered hopes of a future worth fighting for.

He's been missing for 3 years. Now we finally have a target. For him... we will be the ones to burn the world to the ground to get him back. Time to suit up again. #3 in the Fallen Series.

The sin of love united them, but the strength of that love is what keeps them together. When people discover their relationship, will the thin ice they’re walking on begin to crack? Illicit Affair sequel. I recommend reading that one first.

From time immortal a king has waited, locked in the icy hold of his grief waiting for the right women to thaw his frozen heart. Marcus/Bella 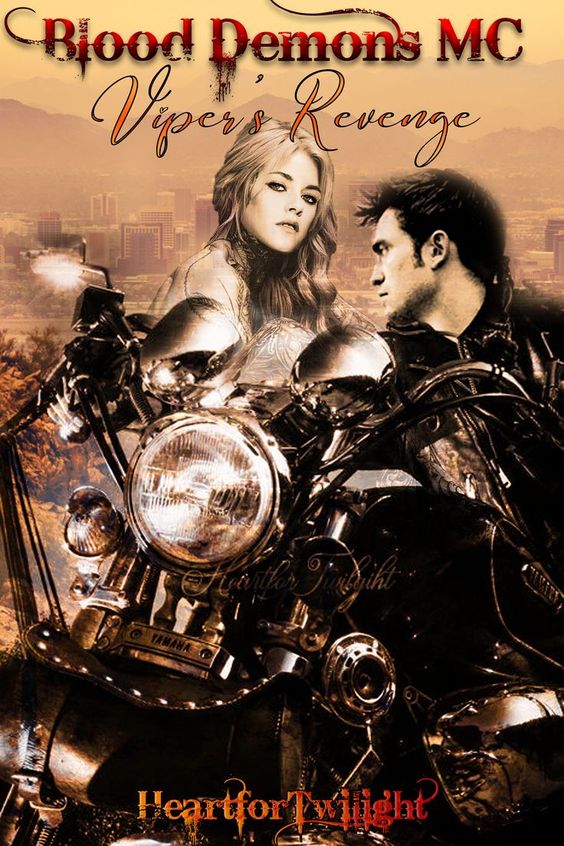 Edward “Viper” Masen is the president of the Blood Demons MC taking over after a rival club murdered his father. His life is busy with running the legal and illegal businesses of the club. No time or heart for a steady Old Lady, instead he took what the Blood Succubus offered. No one would take the place of his Little Isa in his heart. The girl who he fell in love with one summer, sharing all their firsts with each other until she disappeared without a trace.

Bella “Isa” Stewart, daughter of Charlie “Crusher” Swan and Renee Stewart is in exile in New York when her father catches her with a boy. Not telling why she wasn’t allowed to be with him, she is commanded to stay as far away from Phoenix as possible. Over the years her father comes to visit a few times, bringing his VP Demetri, who looks at her like she is something to eat.

What happens when she receives a phone call from someone in her father’s club to tell her that her father is dead and Demetri did it? Then Demetri shows up at her apartment building with several other members. Hopping on her bike she heads cross country to hide out with a high school friend. Arriving in Phoenix, memories of the boy she fell in love swirl in her mind. Pulling into the parking lot to meet her friend, she comes face to face with a sexy man, covered in tattoos and wearing a leather motorcycle club vest with a president patch. He is a stranger, but there was something about his eyes.

Can Viper protect her from Demetri and take revenge for him killing her father? How will he react when he finds out who she really is? Will they be able to wipe years away and pick back up where they left off? 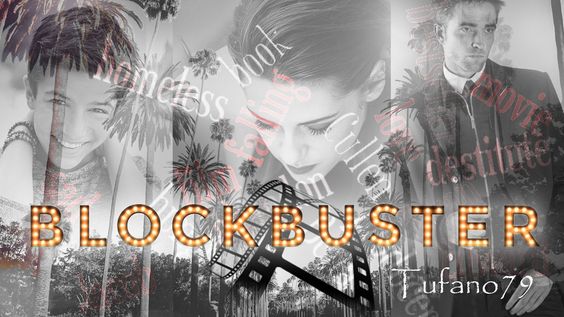 Jacob abandoned Bella, leaving her and their son destitute. Years later, the book she wrote about their struggles became a bestseller. Edward, a film producer and former child actor, wanted to option Bella's book and turn it into a blockbuster. Falling in love wasn't part of the plan ...

What will they do when Jacob comes back? 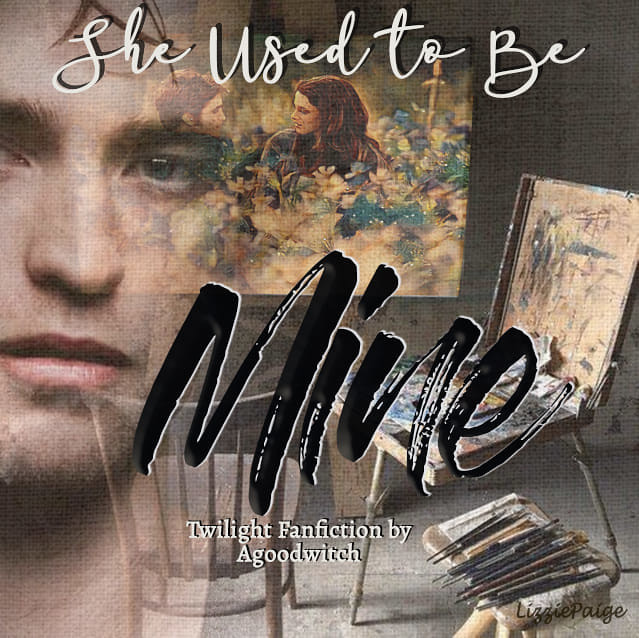 Once upon a time, Bella & Edward had their whole lives ahead of them, but a tragic loss proved too much for them to survive. A chance encounter years later changes everything & nothing between them. Now, the truth comes out & both must face the demons that led them to this point & find out what is still left between them. Because it isn't just about them anymore.

AU: Years ahead of when BD ended, will later tie in to my rewrites, not as much the saga. A story about people, bonded closer than most families. Spanning decades of struggles, joys, and laughs. With a side of twists turns and terror. Read, review, and enjoy my darlings! It seem's I'm back.

Gravitational collapse is the tendency of matter to move toward a common center of gravity. When Edward and Bella's paths cross again, their worlds crash despite their reticence. This story is based on One Look, which was part of the Song to Story contest in September. 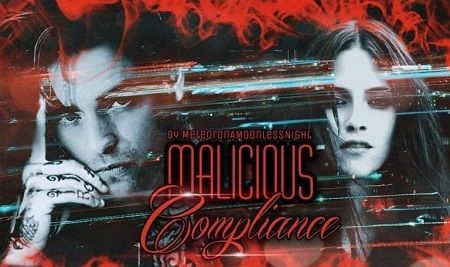 When Edward heard his ex was talking trash about him, he decided to prove her right. Not even the sugar daddy whose arm she dangled from could stop him.

Bella Swan knows she wants someone to light her soul on fire, but finding him isn't as easy as it might seem. Will she find Mr. Right before she's left feeling cold-hearted?

I accidentally deleted this volume, so reuploading. I'm so sorry for anyone inconvenienced by this!

Bella dreams of a burning love, like the passion her nightly vigilante evokes in her. But all she has are dying embers with someone she loathes. She fights for her city's justice every night, but will she become part of the corrupt system if she ties the knot with the infamous Edward Cullen? And why does Edward suddenly feel familiar? Inspired by The Batman, but it's not a crossover

Edward thought that he would never find the love of his life. All of that changed the day when he thought he saw the girl that he thought could be his soulmate. He knew for sure when he read it on paper. Will Bella be able to live with Edward's rules when he has a proposition for her or will she find the love of her life as well? Reposting since I accidently deleted the whole story... After catching the most prolific and notorious V kingpin in the South, Eric and Pam uncover a secret that will change their deaths.