Stories
Till Death Brings Us Together by Alley Cat Rated: NC-17 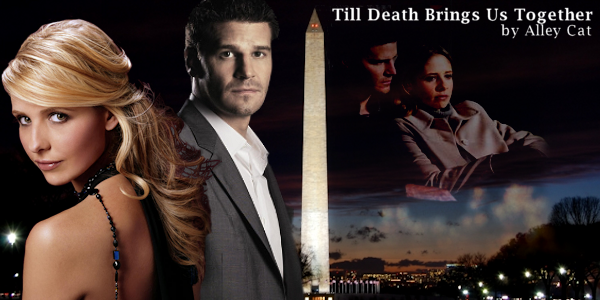 Timeline: Post "Not Fade Away" ("Angel") and "Chosen" ("Buffy the Vampire Slayer"). Somewhere in the first season of "Bones".

Angel's death in yet another averted apocalypse is the final blow for Buffy. She moves to Washington, DC, where she tries to find a way to survive without the other half of her soul. Two months later, a serial killer on the loose brings her face to face with FBI Special Agent Booth, a man that could be Angel's twin brother, but he doesn't seem to know who she is. Never stop believing in soul mates, even if you have to wait till death brings you together.

This was my contribution to the compilation for the Fandom for Texas Wildfire Relief.

Temp has finally had it with Booth's mind games, and goes to extremes to satisfy her sexual frustrations.

Will Booth be jealous, or will he run like hell?