Bella Swan rose to fame starring in the hit Disney Channel series 'Girl Next Door'. Now that she's finally legal, she's ready to lose the sweetheart image. What better way to start than to get a tattoo? E/B Olderward/Tattward - Drabblish 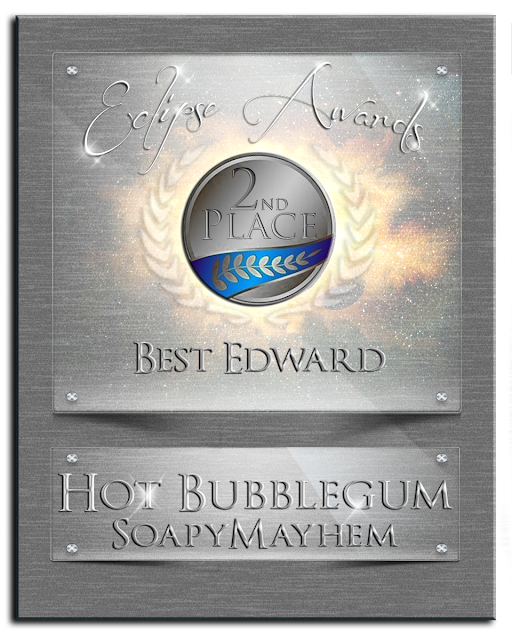 For years she's wanted him, fantasized about him, wanting more than he could ever give. He was never within reach... until now.

Who wants to play doctor?

After years of saving herself for that one special guy only to have him turn her down, Bella is on a mission to lose her virginity. Can the lucky guy she chooses hang on to her, or will he lose everything in her game?

To their families, Edward Masen, and Bella Volturi hate each other. Their secret relationship isn't the only thing they are hiding.

*Will be part of a Multi-Shot Series*

Rated for explicit Lemons and Violence

Banner by the lovely ViiolentDelight

After a bad breakup, Bella takes a trip back to her hometown to spend Valentine's Day alone. What happened to the beautiful broken boy she finds sitting in the rain outside her neighbor's house? Can two broken hearts heal each other? Drabble Smut O/S - "My job was to film her rise to fame. Falling in love wasn't part of the plan." Edward is commissioned by his brother to film his new protégé's rise to stardom. Bella isn't too happy with this arrangement. Written for TwiFicPics 'Rock On' Contest 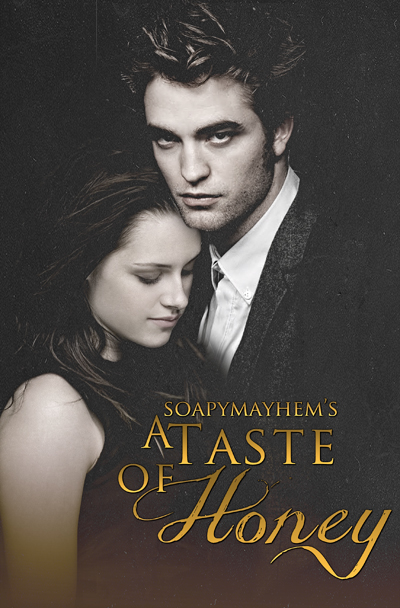 Big thanks to Twimarti my beta!

Nurse Bella seems to have met the man of her dreams at the Hospital's Christmas charity booth, but only after a co-worker already filled her in on the handsome Doctor's sordid past. She wants him, but is her heart worth the risk?

In the year 2029, bio-mechanical engineer, Bella Swan, has created the perfect machine for Whitlock Robotics. Masen can be anyone or anything you desire... but who does Bella want her Masen to be?

Banner made by the fabulous Time_Lights

Special Thanks to Carsen Choi!

Edward is a geeky comic book writer who has been secretly in love with his over-protective best friend Bella for years. He's too shy to admit his feelings, so he secretly starts writing a comic book inspired by Bella called 'Solar Eclipse.'

After an embarrassing incident, Edward is forced to reveal his love for Bella to his friends. While Bella spends the summer before senior year with her mother, Edward, at the behest of Alice and Rosalie, goes through an extreme makeover.

Will Edward learn that unlike beauty, geeky isn't skin deep, it's the core of who he is? Will Bella finally see the love that has been in front of her for the last 8 years of her life.

Story is AU-Human and B/E (Jacob is only involved in flashbacks.) Themes are Romance/Humor/Awkwardness

Story is rated NC-17 for language, future lemons, and depictions of teen bullying. Story will alternate from EPOV to BPOV

Banner by ViiolentDelight, Evenstar, and Blinkie by Rason

Edward, a lonely executive on a business trip in Japan, is encouraged to loosen up and enjoy the city. Will he find a cure for the monotony in an uninhibited punk he meets in a Karaoke bar?

A O/S for Fandom Gives Back Autism Awareness 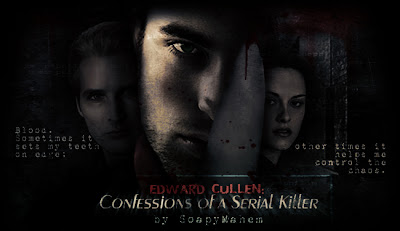 Edward Cullen is a hematologist by day and a serial killer by night. Because of mysterious circumstances surrounding the death of his mother, Edward is raised by Carlisle Cullen, legendary former F.B.I. agent. Sensing his dark tendencies at an early age, Carlisle molds Edward into a weapon for justice. Edward believes he is unfeeling and emotionless, so he hides behind the facade of a happy-go-lucky family man. Bella, a recovering alcoholic with a dark past, wants to know the real Edward. Can she ever face the monster within in him without being devoured herself? Will a new serial killer in town give Edward the most exciting game of his life?

Thanks to my beta Twimarti for her superb help in getting this fic ready! This story is a slight Dexter crossover, in storyline and character behaviors. No characters from Dexter will appear. All pairings are canon. Story genre is Horror/Romance/Mystery  Warning This story is going to be very violent, and in a later chapter will have a non-sensational depiction of rape. NC-17 for a reason, but will have a HEA.

Banner by me and the awesome blinkie is by Betti Gefecht

Sister Swan is disappointed when she is forced to confiscate marijuana from her favorite student. What happens when she goes to Father Cullen to ask for his mercy? Priestward/Nunella Lemon/Drug Use. Entry for the High Times Contest

Five years into her marriage, photojournalist Bella, is worried that she isn't enough for her bi-sexual husband. Can a meeting with a mysterious street artist allow them both to fulfill their undisclosed desires?