Stories i want to read


For The Love Of My Obsession by rmcrms5 Rated: M 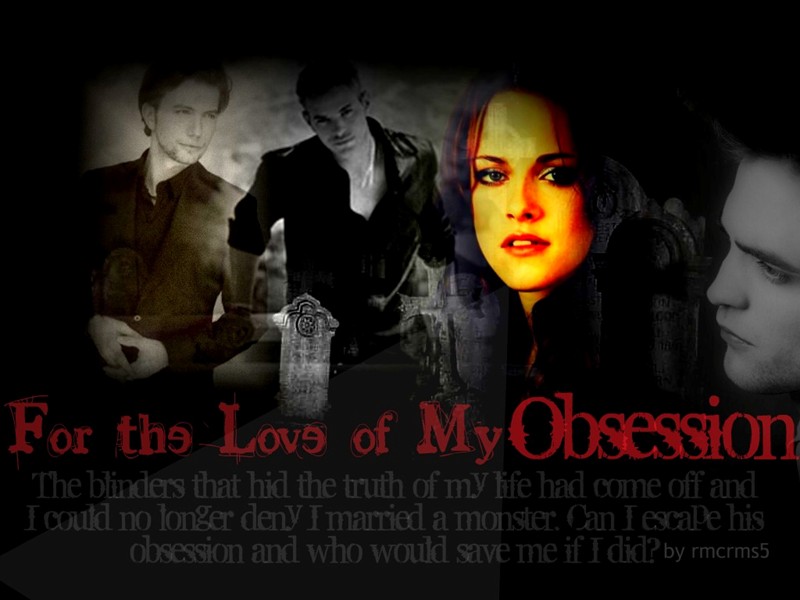 He met the girl of his dreams. She met the man of her nightmares. How far would you go for your obsession? AH/AU/OOC

For the BEYOND THE PALE contest-Third Place Voter's Choice Winner

“Swan! I wanted that file ten minutes ago, on my desk, it’s outside my door, are you blind?!” “No Cullen, I cannot see your office, because yes, I AM blind and I don’t want to walk in and listen to you with Tanya Denali!”

Bella thinks she has her life figured out. She has the best father and brother but all too soon her life comes shattering down around her. Will Edward be able to help her? E/B, Em/R, J/A AH & NC-17 for lemons. 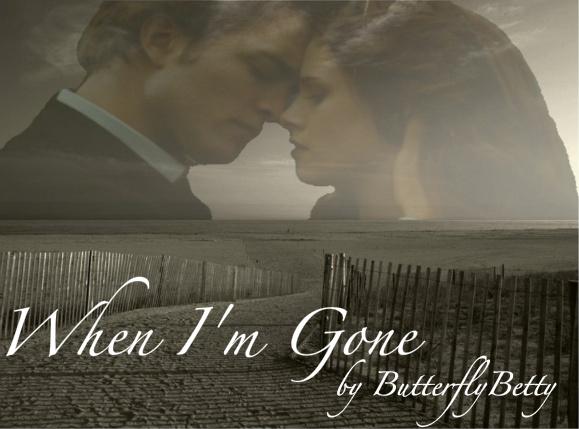 am Edward Cullen and I have a deadly secret: I am a hit man. My new target: Isabella Newton. With the help of my friends, we plan the crime of the century. What the hell am I going to do when she becomes more than my target and becomes my life?

In August of 1931, almost two years after the disastrous stock market crash on Wall Street, Bella's wealthy family suddenly find themselves broke and homeless in New York City. She is sent to live on her birth father's struggling farm in Oklahoma and soon the pampered, well-to-do city girl is forced to face life as a poor country bumpkin. The transition will not be easy for the overindulged sixteen year old. To make matters worse, choking dust storms, a dangerous drought and the hiring of a handsome but hardheaded homeless man will complicate Bella's life even further. Bella falls pregnant by a womanizing Edward and he wants nothing to do with her or the baby. At least he doesn't think he does, but actions speak louder than words. A story about the beauty and pain of love.

AH/AU, OOC Bella is a famous actress and Edward is a host of a late night talk show. What do they whisper to each other when they greet each other on stage? 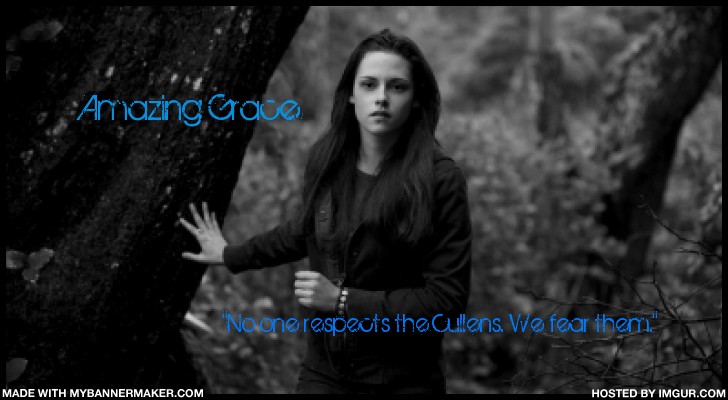 Bella is given to Edward as a birthday present. He promises her that he will love her and never hurt her. Will he be able to keep his promise or will a dark secret tear them apart before their relationship can develop? 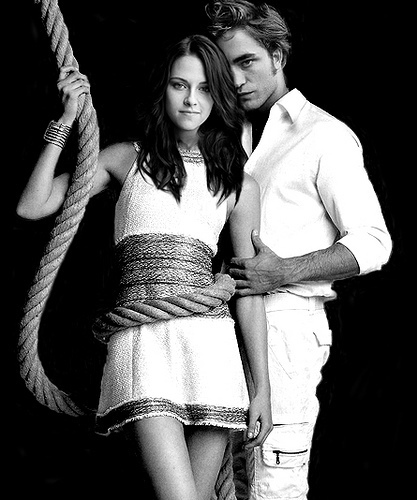 Bella Swan's life changed the day she found her husband in bed with another woman.  A chance meeting at the gym changes her life forever. This is the journey of how Bella ugly duckling became a Swan. AH

image from gossipteen.com no infringement intended. BANNER BY READERGOOF!  THANK YOU, LOVE!

“Everyone has labels attached to them that they acquire over a lifetime…mother, daughter, wife, lover, friend, co-worker.  I happen to have all of those labels attached to me, plus one in particular that I’m not happy about…widow.  I have a daughter who never met her father, and parents who try to help me out but drive me crazy, along with a father-in-law who I take care of in the absence of his son.  Along with the label of “widow” came another label that I’m not happy about and it’s one I assigned to myself…crazy.  The reason I’m crazy is because every night in my dreams, I talk to my dead husband as if he was still alive.  I was perfectly content to live with those labels until someone showed up in my life that caused me to add another label to my seemingly never ending list…screwed. –Bella Black

AH/OOC.  Canon couples, eventually.  This is a story of a woman trying to deal with a devastating loss, so there will be sadness, but there will be humor and there will be love.  There’s foul language, eventual lemons, and it’s told in Bella’s POV.  It’s rated NC-17 for a reason.  It’s a love story at its heart, but it’s not an easy one.

"Where would you go if you are trying to start a new life but you had nowhere to go and no one to care?  Bella Swan has been alone for most of her life, she is young and she is scared, but now she has another life to protect.  She is heading for a new country - a new life and then she ends up in HOPE SPRINGS.  Her life intertwines with all the eccentric characters in this little piece of heaven in Vermont and just like that - she will never be the same.  She meets the Sherriff, the truck driver, the semi-retired doctor, the lawyer, the farmer, and the new best friends, but it is the new young doctor in town that turns her life upside down.  Is he as stuck up as he seems or does he have a wild side?  Is Bella as tough and as jaded as she seems?  Will she run, or will she allow the people in this town to teach her to hope, to dream, and to love?"

The Cullen's and Bella find themselves ship wrecked on a desert island in the Pacific.
AH, with canon pairings. Long, Long, ago, in the deep southern bayous of New Orleans, a time when the world seemed so simple, A single mistake was made by a ravenous immortal during the night of carnival; a holiday we now call Mardi Gras. A simple amulet bathed in the power of a mysteriously, magical religion was used to interfere with what fate had written in stone. Its sole purpose was not to protect  the endangered, but to keep 110yr old Edward from finding his true mate. Watch from beginning to end how even with interference, what will be shall be. Nothing can stop true destiny. It is only a matter of time until our dear Edward finds his l'âme soeur. It is their Destiny

What do you do when your biological clock is ticking? Uh? You hit up your best friend's brother for 'donations'.

Banner by: the amazing and talented  ivoryhairbela... you rock!

Isabella Swan has never had an easy life; she's haunted day-in and day-out by the demons of her past.  Believing that she can never trust a man with her heart and definitely not her body after Charlie, her father, and only living relative is killed in the line of duty.  She decides to become a mother by In Vitro Fertilization... Dr. Edward Cullen is a pediatric specialist.  After suffering a tragic loss of his own, Dr. Cullen closed himself off to everyone in the world, including his 7 year old daughter.  Can an extraordinary twist of fate and a rambunctious 7 year old help bring two broken people, who've given up on love, together?

Will Isabella finally have a real family of her own?

Beta'd by: Jdonovan09, famaggiolo, and ivoryhairbela... you ladies are amazing and I couldn´t do it without you... even when you bust my chops, Iza!  A million and one thank you´s!!

DISCLAIMER: I DO NOT OWN TWILIGHT OR ANY OF ITS PHENOMENAL CHARACTERS.  NO COPYRIGHT INFRINGEMENT INTENDED...

Recently widowed Bella moves to Seattle to start a new life. Reconnecting with her friend, Bella meets Alice's brother, Chef Edward Cullen. Celibate by choice for 2 years, what happens when Edward finds himself undeniably attracted to a sexy new Bella?

(Special thanks to shockwav for the Wild banner) After guest hosting on a morning show, Isabella becomes the new co-cost for the show. Her husband James leaves her out of spite and jealousy and Bella swears off men to focus on her new career change. Edward Cullen was known for being a portentous, arrogant, SOB while running a branch of Masen Enterprises. After the death of his grandfather, Edward becomes the new CEO. His soul focus is on the expansion of the company, and to find out who has been stealing from and framing his grandfather. When Edward visits the morning show to defend the honor of his grandfather's legacy, he finds his self extremely attracted to the beautiful co-host Isabella. In the occurrence of unexpected events the pair cannot seem to stay away from each other. How long can they resist the inevitable? Reviews for this story on fanfic 1,672

Nominated twice for Fic of the Week on the lemonade stand

Three women develop a close bond despite having never met face to face. When tragedy strikes one of them, they band together to help her heal. A story about friendship, loss, and love. 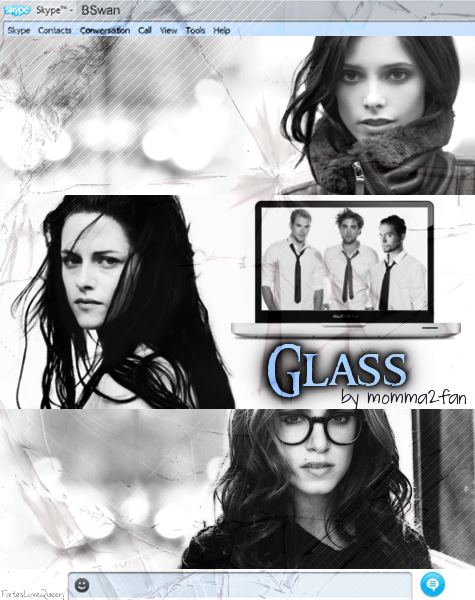 Set in England mid 1800's. Edward and Bella live in different worlds, ruled by class and money, where prejudices influence and dictate who you can love. Can they overcome the stigma and gossip to be together?

We can’t help who we fall in love with; however we are responsible for how we react to that knowledge or how we treat that person.

noun. An heir apparent is a person who is first in line of succession and cannot be displaced from inheriting, except by a change in the rules of succession. E/B. OOC.